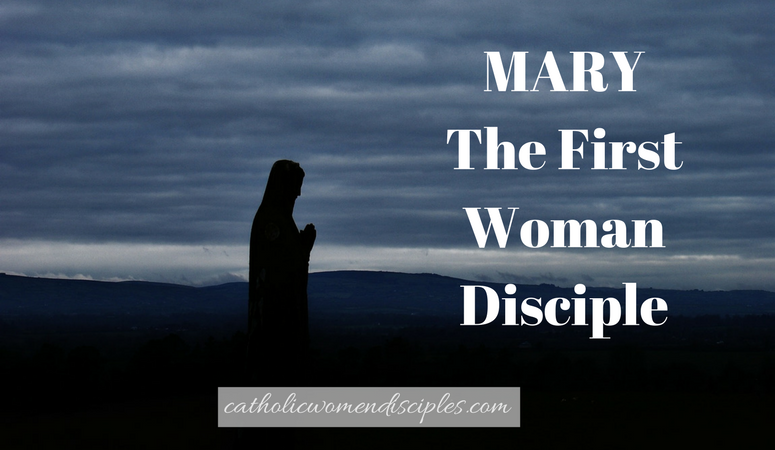 Women’s lives and their position in society  turned around during Jesus’ time  when He incorporated women friends and followers into His ministry as women disciples.

Apparently, women’s low status in society including various discri-mination against her faminity had something to do mainly with the original sin.

That is – when the first mother of humanity – Eve –  caused man’s fall from the grace of God by her disobedience, women in entirety stepped down into a lower class status that invited many social restrictions for her.

Obviously, till today some sectors in society still discriminate against women. But does everybody understand why women got into such place of intolerance, in the first place?

Although first human mother Eve’s sin of disobedience was later redeemed by Mary (dubbed in religious teachings as the second Eve) by her obedience to God in accepting to be the Mother of the Messiah women are by far still discriminated against in society.

And again – that was going to take a new direction when Jesus started His ministry and women discipleship was among the major moves that He did in His ministry.

In the story The Poem of the Man-God (Vol. 2) by Maria Valtorta the organization of the Women Disciples came after Mary, Jesus mother, told Him that She would already like to go with Jesus in His ministerial journeys just like His twelve apostles  are always coming with Him.

The formation of women disciples followed this event. And women, amongst whom was Mary, were always seen in the company of Jesus in the daily events of their life.

Reason why I am saying that “Mary is the First Woman Disciple of Jesus.”

But thinking further about it I realize that  Mary’s discipleship did not just start during the three year ministry of Jesus. It started way, way earlier than that, thirty years ago, in fact, when Angel Gabriel announced to Her that She was going to be the mother of the Saviour.

Following the angel’s announcement, Mary did not just mope in her house waiting for the angel’s information to take place, but she immediately embarked on her first discipleship duty. She journeyed to where her cousin Elizabeth was whom the angel also said was six months pregnant of the baby who was going to prepare the way for Her Son Jesus.

Mary served the aged Elizabeth until she gave birth to John (the Baptist) and was with her and John’s father, Zechariah, when he was presented in the temple.

Mary, with the help of Joseph, raised and formed the announced Messiah. She taught Jesus at home (homeschool). She has the qualification to teach the Jewish law since she grew up in the temple.

But with Jesus, Mary also took under her wings, James and Judas Thaddaeus, his two cousins (they later became His two disciples) since their mother Mary Cleophas wanted her to teach them also when she learned that Mary will not send Jesus to the regular school during that time.

In short, Mary did Her first discipleship duty when She journeyed to where the pregnant Elizabeth was  bringing Jesus to her and to the baby in her womb.

And you know the rest of the story. John leapt in her mother’s womb upon the arrival of the Mother of God with the baby Jesus in Her womb as well.

And then we heard Elizabeth proclaimed Her the Mother of God:

PrevPreviousYour New Year’s List
Next5 Reasons I Blog About JesusNext 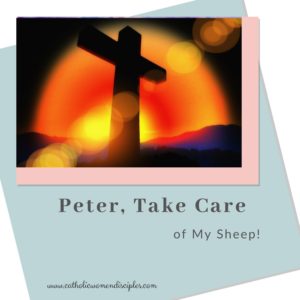 Peter, Take care of My Sheep!

Jesus’ command to Peter to take care of His sheep is a mandate to all people of all times. It was not only a mandate 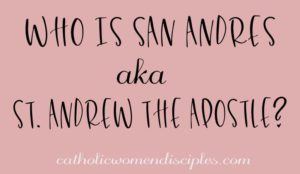 San Andres and my still born brother named after him

I was surfing the internet when an article about the forthcoming feast day of St. Andrew the Apostle on November 30 popped up. I leafed