Women believers who desire to become followers of Christ receive the same mandate as the early women disciples of God.

The primary task that Jesus gave the first women disciples during His ministry on earth is to support the men disciples so that they are able to conduct their duties without getting distracted by tasks that women can easily do themselves.

The Election of Women Disciples

(Source: Poem of the Man-God by Maria Valtorta, a mystic, whom Jesus gave a revelation of His life on earth)

When Jesus started His ministry on earth He first recruited 12 disciples to help Him accomplish His mission. Jesus succeeded.  72 more male followers were added to the original 12 disciples, and then more, and more, and more.

Later in Jesus’s ministry, Mary told Jesus that She no longer wanted to stay behind in Nazareth whenever He leaves home with the 12 disciples to spread the Gospel.

Several women had also expressed a desire to follow Jesus as the men do.

Seeing the faithful women’s deep interest to follow Him, and perhaps because of Her mother’s deepest desire to be with Him in His travels, Jesus organized his women followers and called them “women disciples.”

From then on, not only 12 disciples travel with Jesus. Many women travel with the group as well, one of them of course was Mary, His Mother.

The first women disciples, initially, were Mary, His Mother;  Mary Clopas, His aunt and mother of Apostles James and Judas Thaddeus (His cousins, whom the Bible called His brothers); Mary Salome, mother of Apostles James and John; Susanna, the bride at the wedding in Cana; Johanna, wife of Chuza; Martha, sister of Lazarus and Mary Magdalene; and then Mary Magdalene herself.

The Task of  the Women Disciples

The early women disciples supported the men disciples. They took the task of preparing the disciples’ meals and attending to minor household duties, tasks that the men disciples had less time doing since they had to go out constantly to preach the Gospel to as many people as they could.

In the present time, women (disciples) are expected to give a hand to the priests at the various activities or programs in the Church.

Jesus did not intend for the women disciples to one day take over the task that He assigned to His men disciples, which is to shepherd the Church as priests.

Just as God the Father at Creation said,  “. . .  I will make Adam a helpmate that he may not feel alone,” the same purpose holds true for the women (disciples) in the Church today. To serve as helpmates, or assistants, to the Shepherds of the Church, the priests.

Jesus’s Instructions to the Women Disciples

1. Be mothers and sisters to other women disciples.

2. Follow the example of Mary.  Jesus instructed the women disciples to follow the example of His Teacher (who is His mother Mary), and who is also the Teacher of James and Judas (His cousins), and Teacher of everyone who wishes to be formed in Grace and Wisdom. He instructed them to follow Mary’s word. He said Mary’s word is the same as His word (but made sweeter). He said there is nothing to be added to Mary’s word because it is the word of the Mother of Wisdom.

3.  Be subject to the Shepherd by obeying their advice and orders and being like sisters to them in extending help and support in their work.

6. Love Jesus in Mary. Jesus asked the women disciples to love Him in Mary. He said that with Mary they will never fail because She is the Tree of Life, the living Ark of God, the form of God in Whom Wisdom made its Seat and Grace became Flesh.

The Role of women in today’s task of discipleship

There are several ways that women can do today to further Jesus’s mandate for discipleship that was given primarily to the men in ministry.

One is to help in the work in the church, which winds down to supporting and helping the shepherds of the church (the priests) and second is to make Mary a role model in our life.

Just by making Mary our life’s ultimate role model and guide, we will see many things that we can do as helpmates in rebuilding God’s kingdom on earth and thereby become effective, and true women disciples of God. 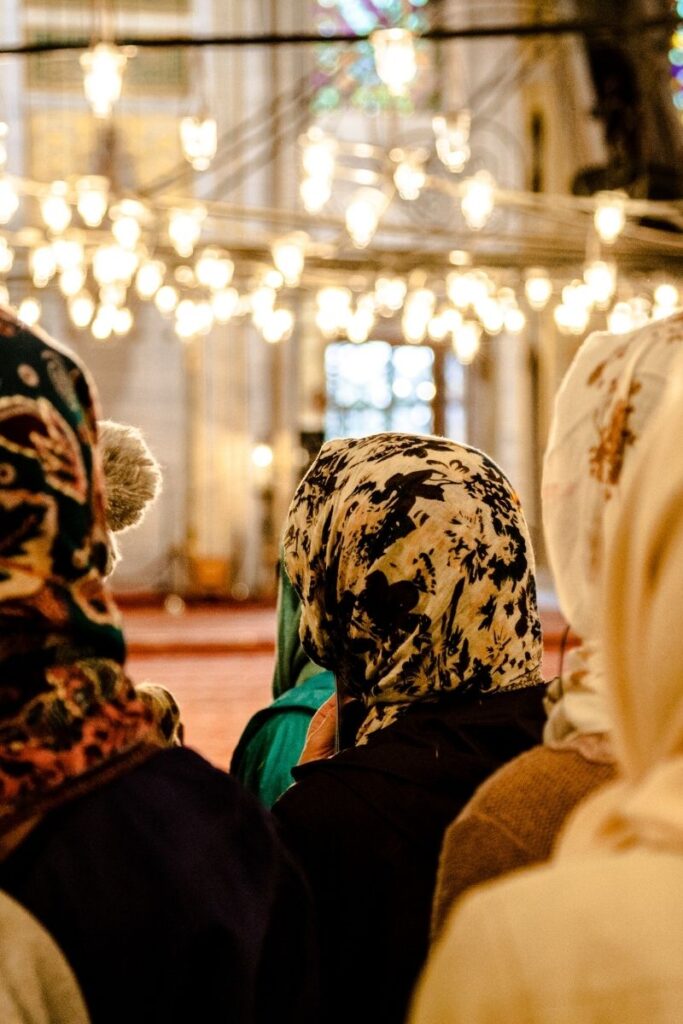 I am writing this article to honor Saint Mary Magdalene on her feast day today, the 22nd of July 2021. I must admit that I…